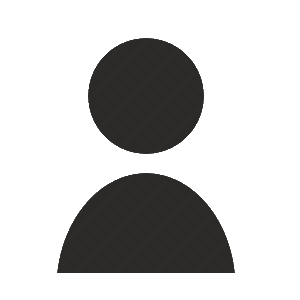 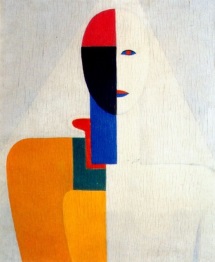 sdvig is a Russian word that translates as shift, displacement or progress. It was used specifically by the Russian Formalists to describe the process through which great works of art force us to readjust our perception of the world by presenting it in strange, unusual ways. To us sdvig is thus both a name and a programme, a reflexion of our ambition to embrace the unusual in order to bring about productive, enlightening shifts in research and publishing. 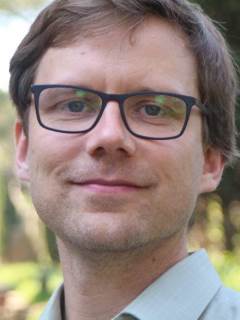 sdvig press is a non-profit association under Swiss law founded in Geneva, Switzerland. Our core mission is to support the dissemination and linking of knowledge in the Humanities between Eastern, Central and Western Europe. We carry out our goals by re-issuing and translating significant works of scholarship from the 19th and 20th century, publishing and translating contemporary research, as well as providing a multilingual on-line archive of relevant sources that will include aggregated contents (bibliographies, quotation indexes, etc.), advanced full-text search tools as well as open commentary and peer-reviewing functions.

The fall of the Berlin Wall almost twenty-five years ago raised the hope that the new-found political unity of Europe would bring about both an intensification of academic exchanges between its Eastern and Western confines and a much broader, differentiated and inclusive understanding between intellectual traditions that had been either oblivious or deeply suspicious of one another for about half a century. Such a process has indeed happened but to a much more limited extent than one could have hoped for initially. In effect, many thinkers and theories from Eastern and Central Europe have remained at the periphery, if not completely under the radar of most Western discourses, or in many cases have continued to be subjected to some of the ideological distortions of the Cold War. This disappointing reality is epitomised in the academic sphere by the relatively lowly status of Eastern and Central European studies, an isolated field of scholarship that has generally failed either to impress a sense of its relevance upon the mainstream or to demystify the “exoticism” often associated with Slavic cultures.

This state of affairs is particularly disappointing when one considers that the substantial and often excellent research that has been carried out on this topic during the last century has repeatedly, consistently and convincingly underlined the seminal role played by Eastern and Central European thinkers in the development and blossoming of some of the essential paradigms and movements of European thought in the 20th century - phenomenology and structuralism foremost among these. As such, it is obvious that the neglect of Eastern and Central European thinkers and theories has not only been an unfortunate loss for these traditions themselves, but that it has adversely affected our understanding of the closely related Western traditions as well. Indeed, it is not only a renewed chance for a productive dialogue between East and West that has been generally squandered up to now, but also the double opportunity to reclaim a lost context of inclusive, cross-cultural and pan-European intellectual exchanges and to reforge a truly encompassing approach to European intellectual history.

Countless reasons could be given to explain the current situation, but one explanation stands out in particular: the lack of ready access to surprisingly large corpora of significant texts from Eastern and Central Europe in almost all the fields of the humanities and the social sciences (anthropology, art history, linguistics, literary theory, philosophy, but also psychology and sociology). True, prominent thinkers (Jakobson, Lukács, Ingarden, Bachtin, Vygotskij or Lotman) have received plenty of editorial attention and their work is widely known and accessible. But, even in the case of these titans, large parts of their work have been overlooked and they are often considered outside of their historical context. In their shadow, moreover, one finds a seemingly endless list of lesser known or completely forgotten figures whose work was often only published in small prints in their native country and has never been translated into languages such as English, French or German. In other words, intimate knowledge of the complex Eastern and Central European intellectual contexts has thus inevitably remained the preserve of a limited number of specialists, precluding the rise of the integral approach to European intellectual history mentioned above.

In view of the above-mentioned situation, an increasingly obvious task facing Eastern and Central European studies is simply to provide a much better and easier access to its rich corpora of texts, for instance through the re-issuing and the translating of historical and contemporary material and their broad diffusion through online open access. Only when such an easy and contextualised access is ensured will it be reasonable to expect non-Slavic specialists to engage seriously with these texts and to devote their research efforts to these subjects. Because the gigantic task of systematically translating whole corpora, contextualising them with their Western equivalents and making them available on the web will not be undertaken by traditional publishers for quite obvious financial reasons, the creation of a publishing platform specifically dedicated to this objective was called for. In essence, sdvig press's ambition is to fulfill that objective and to function as a transmission link between Eastern and Central European studies and other disciplines by harnessing the potential of today's technologies.

The editorial mission of sdvig press implies that it must publish a significant number of titles that will achieve only a limited distribution but still need to be accessible both internationally and for as long as possible. To meet these contradictory requirements in a logistically and financially efficient way, sdvig press relies on a particular publishing structure that involves exclusively print-on-demand for the production of its publications. This allows us to control costs very effectively and to concentrate on editorial quality. Print-on-demand is a decade-old technology that is already widely in use (including by commercial academic publishers) and has a proven track-record as the most efficient solution when publishing books in small runs. It offers products of equal quality to standard off-set printing and has no influence on the editorial process. Furthermore, it allows very low production costs, speedy production times and a long-term availability of publications since these cannot go out of print.

In conjunction with our POD paper-publishing effort, sdvig press's main focus will be the creation of a dynamic, socially-oriented and multilingual online database that will include both its own publications and other relevant materials. As firm believers in the digital humanities, we hope that such a tool can strongly contribute to creating scientific communities that are both devoted to sdvig press's specific subjects and open to interactions with the wider academic world. The aims of the database is of course first of all to provide open access to a number of relevant texts. It will however also integrate advanced full-text search functions, bibliographic and bibliometric tools, enhance content through encyclopedic entries and curated web materials and allow moderated peer-reviews and comments by its users. As such, sdvig press's database should become an invaluable tool to access content, conduct corpus research and facilitate exchanges both within and outside the field of Eastern and Central European studies.